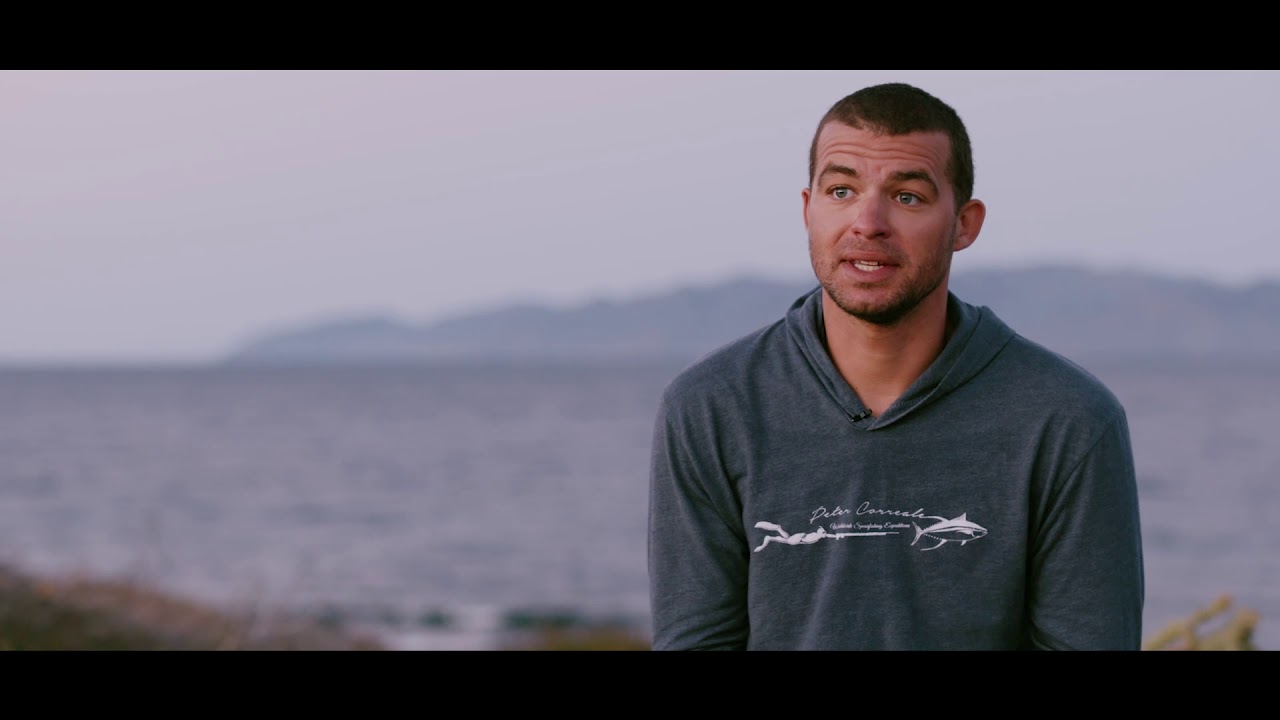 Life Spent In The Water

Peter Correale grew up on the East Coast, his family frequently visited the ocean and opened up the doors for him to explore water activities since before he could walk. A natural love for water sports developed over the years. When he was five years old, his father introduced him to diving and spearfishing. Since then, he has gone on to become one of the most well-known and experienced spearfishing guides in the industry, pursuing one of his biggest passions in life.

Throughout his career, Peter has guided countless trips around the world to put his clients on their next fish of a lifetime. He has also co-founded a spearfishing outfit in Panama, spent extensive time diving the waters surrounding Southern Baja, hosted Blue Water University workshops, participated in the Blue Water World Cup Spearfishing Championships, and traveled to some of the most remote dive spots in the world – capturing incredible and unique photos and video footage along the way.

If you ask Peter about the best parts of freedive spearfishing, the first thing he will tell you is how the sport allows for a true sense of connection to nature – not only through sharing the experience of being in the water, bearing witness to some of the most incredible and unique visions of life beneath the surface, but also sharing a relationship with the fish you catch, harvest and enjoy together with friends at the end of the day. He will tell you, “There is something very special and almost innate about being able to provide food for yourself and other people – it creates a genuine sense of community, being a part of nature, feeling alive.”

Beyond the sharing and community spearfishing encompasses, there is a genuine satisfaction Peter experiences in helping people escape the chaos of everyday life. Offering a platform for connecting, centering and being a part of something larger than yourself – nature. For many of Peter’s clients, the moments in the water with him are the moments they look forward to for most of the year. It’s a place where they can push their limits, achieve their personal bests, and disconnect to reconnect.

Having spent countless hours in the ocean, paired with his extensive experience traveling to some of the most remote areas of the world, Peter’s keen specialization in gear has propelled over the years. The gear he brings with him on trips are not only life savers in necessary moments, but they have also served as the key to both his personal successes in his own spearfishing craft and also in his client’s personal bests.

A true waterman, a father, and a constant outdoorsman, Pete’s home base is on the East End of Long Island where he enjoys the amazing spearfishing during the summer months and teaches his daughter about his special craft. When he’s not home with his family, Peter divides his time between New York, Panama, Mexico, Bahamas, Africa and other exotic spearfishing locales.